You must enable Javascript on your browser for the site to work optimally and display sections completely.

Starokiyivska Hill is situated in the centre of the ancient Upper Town. The baptizer of Kyivan Rus, Prince Volodymyr Sviatoslavovich, ordered to build here the first stone temple in honour of the Blessed Virgin Mary. The temple, also known as Desiatynna (Tithes) Church, was erected by the Old Russian and Byzantine masters and festively consecrated in 996.
2
3 Like
Google Maps
Add to trip

Starokiyivska Hill is situated in the centre of the ancient Upper Town. The baptizer of Kyivan Rus, Prince Volodymyr Sviatoslavovich, ordered to build here the first stone temple in honour of the Blessed Virgin Mary. The temple, also known as Desiatynna (Tithes) Church, was erected by the Old Russian and Byzantine masters and festively consecrated in 996.

The name of the church is connected with a tithe, one tenth of the prince’s annual income, which was allocated for its construction and support. Prior to erection of Saint Sophia of Kyiv, Desiatynna was the cathedral church of the Kyiv Metropolitanate and important centre of the Old Russian culture. Christian objects of worship (e.g. the relics of St. Clement of Rome), the church’s tithe, and the standards of measure and weight were kept at the church. Here a large library and a school functioned, and the first chronicles were created. At the church were buried the first Eastern Slavic Christian rulers – Princess Olga, Prince Volodymyr, and his wife, Byzantine Princess Anna. In December 1240, the Tatar invaders destroyed the church by means of battering-rams. The present scholars, by drawing an analogy with the plan and shape of the Cathedral of the Saviour in Chernihiv, suppose it was a cross-domed, six-pier temple with three naves, surrounded in the early 11th century with galleries on the three sides and decorated with mosaics and frescoes. As a result of excavations of the church’s remains, there were discovered fragments of the authentic foundations and mosaic floors. They can be seen on Starokiyivska Hill, near the National Museum of History of Ukraine built in 1936–1937. To the right of the museum entry, you can see a replica of heathen temple, re-created by well-known archaeologist Vikentiy Khvoyka in 1907–1908, and at the museum walls – stone images (baba). Those are illustrations of the pagan period of our history. If you walk round the museum on its left, you can find yourself on the observation platform from where opens a panorama of Podil. In the centre of the platform is a stone block with the famous words by Nestor the Chronicler, carved in the Old Slavonic language: “From here sprang up the Russian land”.

The ancient Upper Town, according to the contemporary topographers, was the area limited by the present Yaroslaviv Val Street, Lvivska Square and the slopes of the hills behind Velyka Zhytomyrska and Desiatynna Streets. Its total area with the homesteads of the grand prince and the metropolitan was over 80ha. The Upper Town, once destroyed by the hordes of Baty-khan, has been forever imprinted in the historical image of Kyiv.

Information is used from the resource visitkyiv.travel

Kyiv: The Harmony of Primevalness 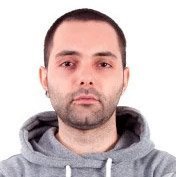 Museum of One Street

Church of the Dormition of the Virgin “Pirogoshcha”

Sts. Florus and Laurus Convent of the Ascension

Sign up for newsletters and deals from discover.ua and our partners

By clicking submit you agree to the Terms and Conditions.